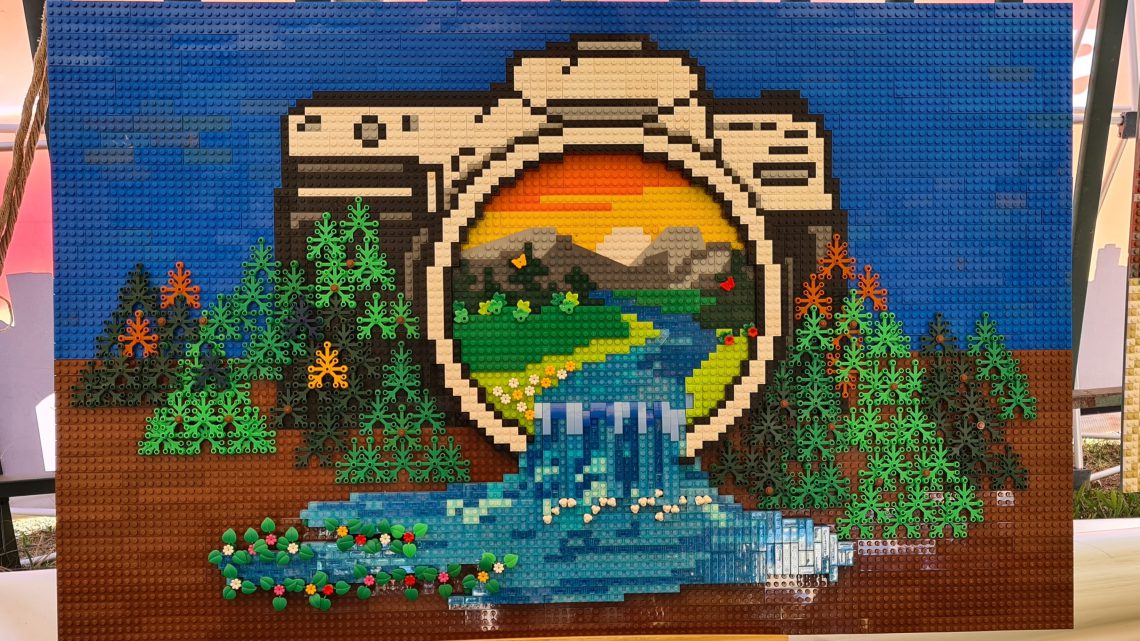 This build is displayed on an easel in the van Graan living room. 2D builds that are not on display at their home gets stacked against a wall in their living room.

A Portrait of Arnold